HCE is managed by the Council, which consists of Charity Trustees. Each HCE Council member follows the Code of Conduct.

Following an electoral process carried out during the Annual General Meeting that was held on 20/11/2020, the current HCE Council consists of:

“Born in Piraeus with origins from Arcadia, Peloponnesus. In 1993, he moved for the first time to Edinburgh because of his wife and in order to study Computer Science. He works in the IT industry for more than 20 years as an employee in various companies and/or as a contractor. Aside his HCE voluntary work, Ioannis is a keen amateur musician and likes running, having completed 3 different full marathons, in Athens, Edinburgh and Paris. With his wife are very proud parents of 4 children.”

“Penny Karanasiou is an official translator, entrepreneur and academic. She was born in Trikala, Thessaly, Greece. She came to the United Kingdom in 2010 for her doctoral studies and she’s been living in Edinburgh since then. She is married and has 3 children. She volunteers in many organisations and has been part of the HCE’s Council in the past. She is currently also the Commissioner of the Hellenic Guiding Association in Scotland.”

“Kostas was born in Thessaloniki and comes from Makedonia. He studied at the School of Forestry and Natural Environment at the Aristotle University of Thessaloniki while practicing – among other things – DJing with an appeal in the electronic scene. The end of the PASOK era saw him graduating with a Masters of Science degree from the School of Geography of the University of Edinburgh specializing in the science of geographical information. This was the first experience the then young Kosta had with the city of Edinburgh to which he returned in 2013 as an economic immigrant and after a short stint in Cyprus during the capital controls. In Edinburgh, Kostas’s family welcomed his daughter in 2015 thus, he has been running around ever since.. He was actively involved with the community for the first time as the author of the initial draft of the Settling in Scotland guide aimed at those who decided to move to this beautiful country from Greece. As he matured over the years, Kostas acquired an understanding of the value of what is called Hellenism, thus defining his course as an active member of it. Kostas will settle down only when the Greek Community of Edinburgh acquires its own space to house its activities and becomes a reference point of the city and the broader Greek diaspora.”

“Born in Thessaloniki. After obtaining his MEng in Civil Engineering and completing his duty for the Greek army, he moved to Edinburgh in 2016 to complete his studies on a MSc in Real Estate. He is working as a Valuation Surveyor in the public sector. Apart from being a trustee of the Hellenic Community Edinburgh, Ioannis has a great interest in basketball, classic cars and travelling.”

“Born in Thessaloniki. He studied Economics. For many years he was a civil servant of the Greek Administration acquiring deep experience of the social issues of European Integration. Seconded to Brussels, he worked in the European Commission and in the Permanent Representation of Greece to the European Union. Retired in 2014 and settled in Edinburgh with his family in 2017.”

“Born and bred in Marousi of Attica, with origins from Orestiada and Serres, has spent most of his life in the United Kingdom. Since 2006, and following long term graduate studies, he is professionally engaged in the field of digital technologies for public administration. Aside his HCE voluntary work, Adrianos is a keen amateur photographer and likes to travel.”

“Born in Sweden to Greek parents, she obtained a degree in Educational Psychology (Pedagogy) in Padua, Italy. In 2013 she and her son moved to Edinburgh where she started working as a carer for the Thistle Foundation. Harula has employs alternative therapies for herself and has recently become an accredited Trauma Release Therapist. Daily, she practices yoga and tai chi, enjoys walking and reading, and has a strong interest in human relationships. She is most proud of her son, the life-changing therapies she went through and for quitting smoking.”

“Michalis comes from Agios Nikolaos in Crete and he spent his childhood years in Karditsa. After completing his Physics university course in Thessaloniki and his military service, he moved to the UK for postgraduate studies where he was awarded his MSc (University of Manchester) and a PhD from Heriot-Watt University. Following a career in academia, Michalis returned in Edinburgh in 2008 where he lives with his family, running a consultancy and education services business. He has been a Scottish Football Referee for the last 20 years, a keen chess player and is also interested in current affairs, politics and finance. Michalis was a key contributor to the foundation of HCE by bringing together a group of people with a similar vision and he also wrote the current constitution of the organisation. He was elected as the first President of HCE, serving in this post for two subsequent terms.” 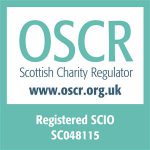 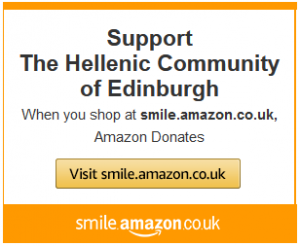 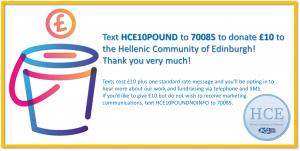